San Juan Wildlife Services conducted a survey of waterfowl activity on three different reservoirs within Montezuma County. These surveys took place in the morning when waterfowl tend to be more active. Protocol for conducting each study included observing waterfowl from a far enough distance so as not to cause disruption, utilizing  high quality binoculars for viewing at long distances, and implementing ArcGIS, along with programs Survey 123 and Collector, to record data in the field and provide accurate mapping resources. 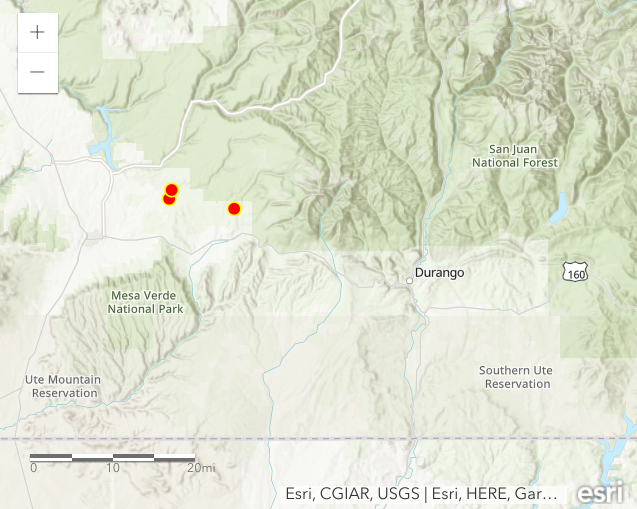 Jack Gulch Reservoir at Mancos State Park was observed for two hours on the morning of June 29, between 8:15am and 10:15am. Because it is a larger reservoir, the surveyor spent an hour observing waterfowl activity on each of the longer banks.

The weather was mostly sunny and the wind speed was about 6mph at begin time, picking up to 15mph toward end time.

The surveyor counted 20 Canadian geese and 2 great blue heron over the course of the two hours. No smaller waterfowl were sighted.

The banks of Jackson Gulch are largely bare of vegetation, offering no shelter for wildlife.

Other reservoir activity included – 4 people fishing along the bank and 2 non-motorized boats on the water. 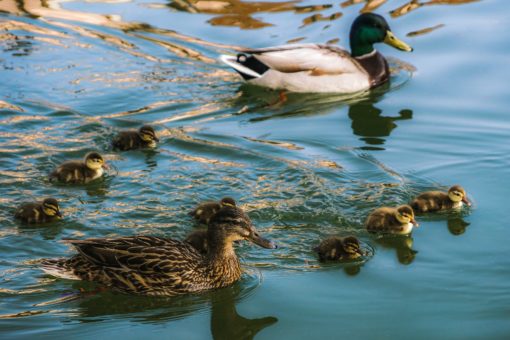 Puett Reservoir was observed for one hour on the morning of July 1, between 7:30am and 8:30am.

The weather was sunny and wind speed was around 5mph.

The observer counted 7 mallards and 6 great blue herons at the start of the survey. No other waterfowl activity occurred over the course of the hour.

The banks of Puett are largely bare of vegetation, offering no shelter for wildlife.

No other reservoir activity. 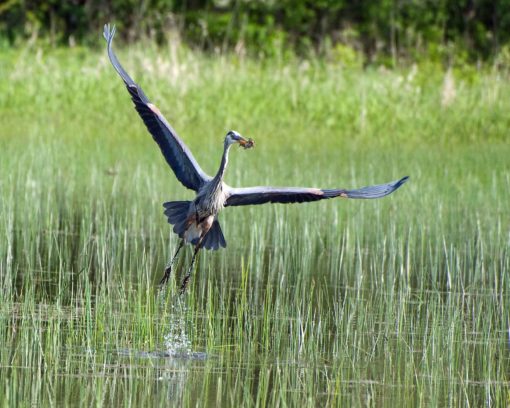 Lost Canyon Reservoir was observed for one hour on the morning of July 1, between 8:50am and 9:50am.

The weather was sunny and wind speed was around 5mph.

The observer counted  2 great blue heron, 5 pied-billed grebes, and 21 mallards – several of which were ducklings.

The banks of Lost Canyon are densely vegetated with bulrushes, willow, and other wetland plants, offering abundant shelter for wildlife. The majority of waterfowl counted were staying close to the sheltered banks.

No other reservoir activity.

Based on the current data observed by San Juan Wildlife Services, waterfowl appear to prefer the use of reservoirs that offer heavily vegetated banks for shelter. Especially now, while females are raising their clutches.

The lack of diversity at both Puett and Jackson may also be due to regular boating and fishing activity on the reservoirs.  Lost Canyon, where no boating is allowed, held a greater diversity of waterfowl species.

We expect to see an influx of waterfowl during breeding season, which begins for most birds in late Fall or Winter.